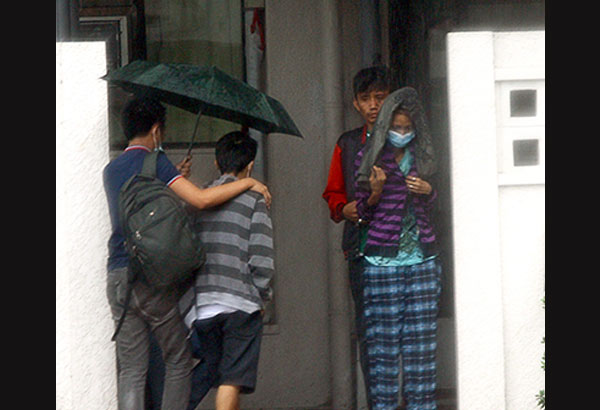 She said the patient manifested cough and flu on July 2 and sought consultation in a private hospital. He was referred to the Research Institute for Tropical Medicine (RITM) in Alabang, Muntinlupa for further tests at noon Saturday.

At around 5 p.m. on the same day, Garin said laboratory results confirmed that the patient was infected with MERS-CoV.

“He remains in isolation while undergoing treatment at the RITM,” Garin told reporters.

The DOH refused to give the exact travel details of the patient, his nationality and nature of work.

But Garin said the patient came from Dubai but made a stopover in Saudi Arabia before visiting Manila last month.

The foreigner left the country again but returned during the 14-day incubation period of the virus.

Garin added the patient had “low viral load,” meaning the volume of virus in his body is minimal and he could be on the road to recovery.

According to DOH spokesman Lyndon Lee Suy, the patient was on the tail end of the incubation period when he manifested the symptoms for MERS-CoV.

“When the patient developed symptoms, he took the initiative to limit his movement so he stayed mostly at home. He is cooperative. He told us who were the people who came in contact with him,” Lee Suy said.

The DOH urged the public not to panic amid the second MERS-CoV case in the country.

The first case of MERS-CoV was a pregnant Filipino nurse who came from Saudi Arabia in February. She has recovered from the illness.

“There is no reason to panic. We appeal to the public to respect the privacy of the patient. What is important is for us to continue practicing proper hygiene, get enough rest and a balanced diet, which all lead to good resistance,” Garin said.

The DOH has mobilized the Task Force MERS-CoV to create heightened awareness of the disease and to do contact tracing.

Garin said that eight people who came in close contact with the patient have been identified. One of them – a Filipina – had cough and was taken to the RITM for monitoring. The rest are undergoing home quarantine, she said.

The DOH is tracking down some 200 co-passengers of the patient on his second trip to the country.

Garin explained there is no need to trace his co-passengers in his flight from the Middle East because it was beyond the 14-day incubation period of the virus.

The government is fully ready and capable of detecting and treating any reported case of MERS-CoV, Malacañang assured the public yesterday.

President Aquino ordered the DOH to tighten surveillance and quarantine measures at all ports of entry following the new MERS-CoV case in the country, Secretary Herminio Coloma Jr. of the Presidential Communications Operations Office said.

Coloma said the DOH was tasked to ensure the prompt reporting by hospitals of patients manifesting symptoms of the disease for immediate isolation, treatment and contact tracing.

In Zamboanga City, acting Mayor Cesar Ituralde said the local health department is on alert for the possible entry of MERS-CoV.  – With Delon Porcalla, Roel Pareño